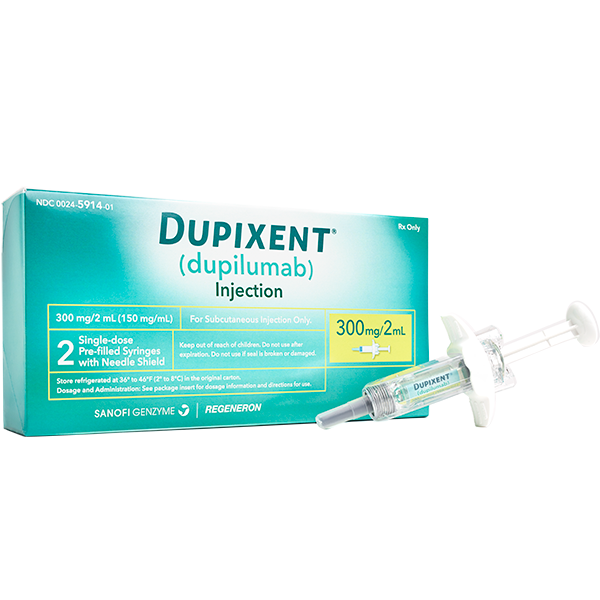 For the last 2 years I have treated a large number of adults over 18yrs of age with Dupilumab. This drug is currently the only licensed biologic for Atopic Dermatitis (AD) or eczema in the UK. I have found that it has transformed the life of my many of my patients. I have also a smaller number of adolescents aged between 12 and 18yrs on this drug. It is hoped that NICE will confirm approval in the 6-12 yrs age group very soon. I have a large number of children in my paediatric dermatology clinics at both the Royal Manchester Children’s Hospital and at Salford Royal Hospital who would benefit from this treatment.

I was pleased to read that the U.S. Food and Drug Administration (FDA) has approved Dupixent® (dupilumab) for children aged 6 to 11 years with moderate-to-severe atopic dermatitis whose disease is not adequately controlled with topical prescription therapies or when those therapies are not advisable. Dupixent is the only biologic medicine approved for this population.

“This approval brings the paradigm-changing efficacy and established safety profile of Dupixent to children with moderate-to-severe atopic dermatitis. This young, vulnerable population struggles with debilitating symptoms and disease covering over half of their body, impacting them and their families who spend countless hours helping them manage their disease,” said George D. Yancopoulos, M.D., Ph.D., Co-founder, President and Chief Scientific Officer at Regeneron. “We continue to study Dupixent in even younger children with uncontrolled moderate-to-severe atopic dermatitis from 6 months to 5 years old, as well as in children with uncontrolled, persistent asthma. Additionally, we are investigating Dupixent in other diseases driven by type 2 inflammation including eosinophilic esophagitis, food and environmental allergies, chronic obstructive pulmonary disease and other dermatologic diseases.”

Dupixent is a fully-human monoclonal antibody that inhibits the signaling of the interleukin-4 (IL-4) and interleukin-13 (IL-13) proteins, and is not an immunosuppressant. Data from Dupixent clinical trials have shown that IL-4 and IL-13 are key drivers of the type 2 inflammation that plays a major role in atopic dermatitis, asthma and chronic rhinosinusitis with nasal polyposis (CRSwNP). Across all approved indications globally, more than 150,000 patients have been treated with Dupixent

Atopic dermatitis, the most common form of eczema, is a chronic inflammatory disease that often appears as a rash on the skin. Moderate-to-severe atopic dermatitis is characterized by rashes that can potentially cover much of the body and can include intense, persistent itching, skin lesions and skin dryness, cracking, redness or darkness, crusting and oozing. Itch is one of the most burdensome symptoms for patients and can be debilitating.

The FDA approval is based on data that includes pivotal Phase 3 results on the efficacy and safety of Dupixent combined with topical corticosteroids (TCS) compared to TCS alone in children with severe atopic dermatitis. In the trial, children treated with Dupixent and TCS experienced significant improvements in overall disease severity, skin clearance and itch.

I do hope that the UK will follow suit very soon. 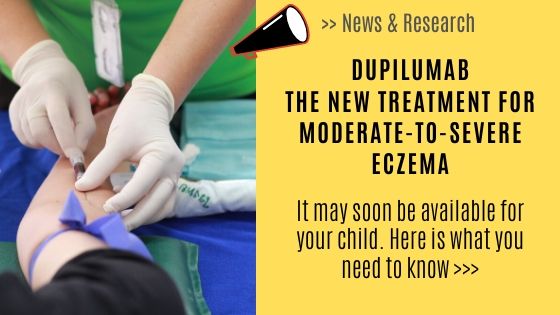