Dr Clayton has a wealth of understanding and knowledge about haemangiomas. He has been part of a European task force looking at the new treatments for haemangiomas and has published research relating to the use of beta blockers in the treatment of infantile haemangiomas. His experience from training in Leeds and Dublin and his subsequent work alongside plastic surgeons at Alder Hey and the children's Hopsital in Manchester has made Tim the regional expert for this common condition.

Haemangiomas are common birthmarks that are caused by overgrowths of little blood vessels we call capillaries in the skin. About one third of them are found at birth and they are more commonly seen in baby girls. Most haemangiomas appear in the first month of life. The underlying cause for haemangiomas is not known. They grow raipdly in the six months of life, before gradually disappearing over several years.

Dr Clayton along with researchers from several European countries has developed a protocol for treating haemangiomas with a beta blocker (propranolol). Indeed Tim has successfully treated over 300 children with betablockers.

Approximately 80% of these leisons occur on the head and neck. Those that appear flat and  deep red in colour are often called “superficial” and those that are deeper in the skin and appear bluish in colour are called “deep” hemangiomas. Hemangiomas can grow for several months and then begin to reduce in size slowly. This is known as involution. This involution phase can last anywhere beteween 3- 10 years, and whilst all hemangiomas eventually ‘involute” the result may not always be cosmetically acceptable.

HOW COMMON ARE THEY?

Haemangiomas occur in roughly 3% of all newborn babies and are seen more commonly in premature small babies. They affect both boys and girls, but tend to occur more often in girls.

WHERE DO THEY OCCUR?

Most haemangiomas occur on the head and neck. They can occur anywhere on the skin or inernal organs.

They range in colour from pink to blue and may appear flat or lumpy. Flat haemangiomas are called “superficial” and are due to blood vessels in the upper layer of the skin, the epidermis. The lumpy ones are often deeper involving the deep part of the skin, the dermis. they may affect both layers of the skin.

HOW CAN THEY BE TREATED?

Most disappear slowly without the need for any treatment. However in the last 2 years a series of exciting developments have found that propranolol, a betablocker used to lower blood pressure, can have dramatic effects on the rapid growth of haemangiomas and cause them to shrink. Dr Clayton has treated over 60 children with this medication with enormous success.

Dr Clayton uses this medication for haemangiomas that are in dangerous locations such as near the eye, nose, mouth, nappy area or if the haemangioma has become ulcerated and painful.

Laser may be used to help haemangiomas that are bleeding or ulcerated but are not usually needed. 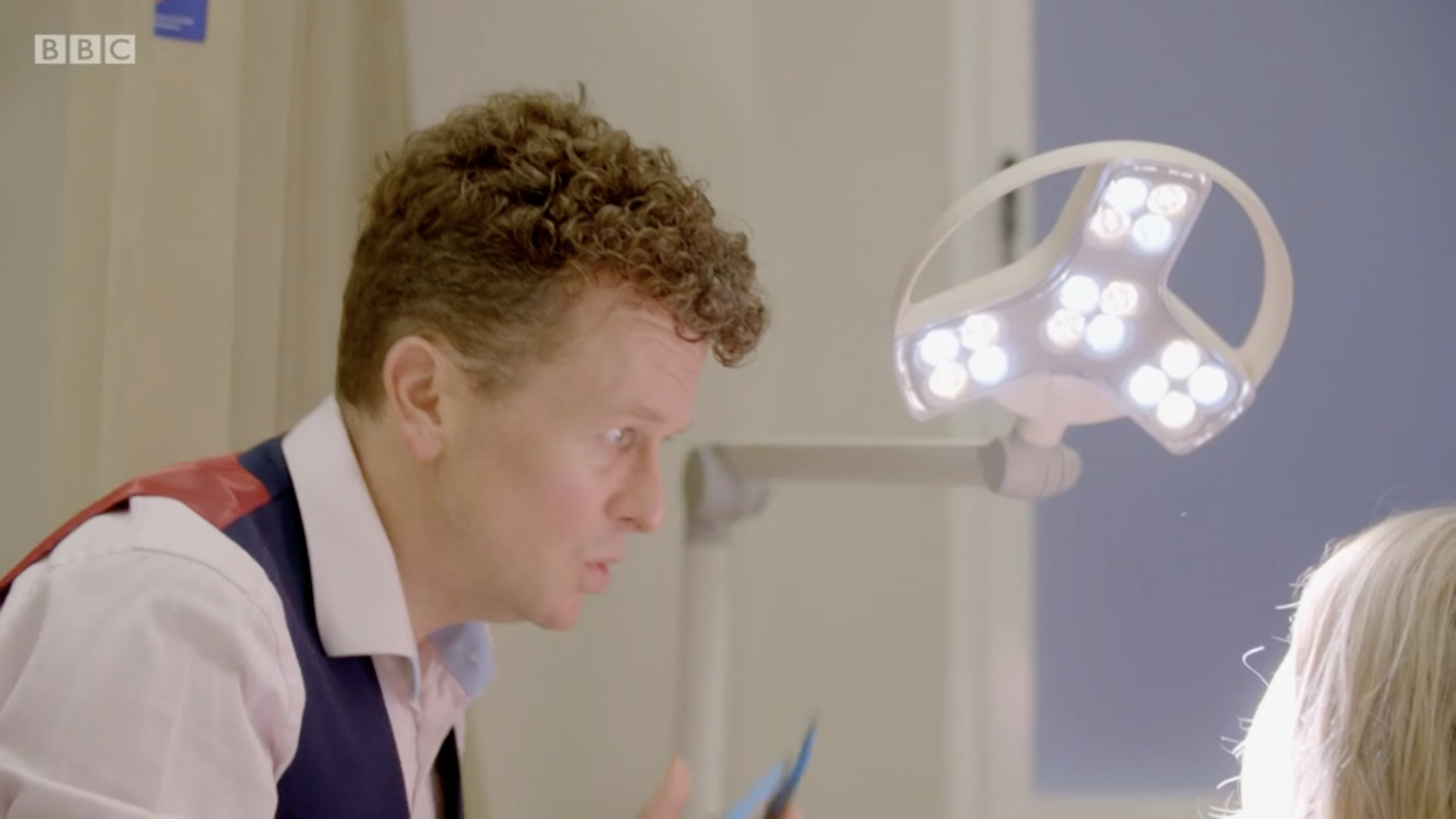 Dr Tim Clayton has recruited 50 children into a large European Study (PITCH study) that is looking into the treatment of haemangiomas with propranolol.